Hilary Duff's hockey player fiance Mike Comrie grinds his teeth so badly the couple have to sleep in separate rooms, it has been claimed. 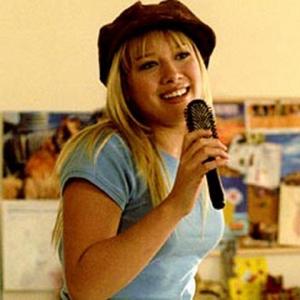 Hilary Duff's fiance grinds his teeth so badly the couple have to sleep in separate rooms.

The actress-and-singer - who got engaged to hockey player Mike Comrie when they were on holiday in February - is reportedly so frustrated with the noises which come from his side of the bed she's forced him to get medical help.

And the 22-year-old star is said to be losing so much sleep because of Mike's troublesome teeth she's had to move onto the sofa to get her rest.

A source told National Enquirer magazine: "It makes the most awful, nails-on-chalkboard noise. Mike has agreed to see his doctor about getting a mouth guard so Hilary can rest easy."

Despite stressing about her sleepless nights, Hilary is very "relaxed" about her wedding plans and is keeping calm ahead of the big day.

Her sister Haylie Duff recently revealed: "She's really relaxed and wants something comfortable and great. She's just so excited to be engaged. We've started talking about the wedding stuff, but she's still just really happy in this sort of phase. It'll be a while, but it's fun to talk about it and think about it."