Actress Hilary Swank Has Fuelled Rumours She Has A New Man In Her Life After She Was Photographed Enjoying A Romantic Birthday Meal With A Former Contestant Of U.s. Reality Show The Bachelorette. 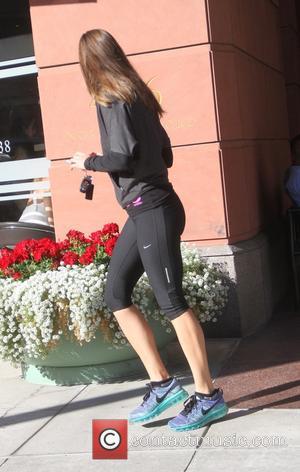 The Million Dollar Baby star was recently spotted on a date with a mystery man at New York City's Beauty & Essex restaurant, sparking speculation of a new romance, and on Thursday (30Jul15), Kasey Stewart appeared to go public with their budding relationship by sharing a picture of the pair on social media.

After dining at popular eatery Gjelina in Venice, California to celebrate the movie star turning 41, he uploaded an image of the two on Instagram and captioned it, "Happy Birthday to this beautiful soul. @hilaryswank."

She shared footage of her stunned reaction online, and wrote, "Oh what a night! I love surprises! I have the bestest (sic) friends ever! Thank god birthdays only come once a year or else I would blow a cornea".

Stewart featured as a potential suitor on season nine of dating show The Bachelorette, but he failed to win over Desiree Hartsock and was eliminated a week before the finale.

Swank was previously married to actor/director Chad Lowe from 1997 to 2007, while she went on to date her agent John Campisi and was more recently linked to French real estate broker Laurent Fleury.