Actress Hilary Swank Has Sparked Rumours She Has Embarked On A New Romance After She Was Spotted On A Date In New York Earlier This Week (Ends05jul15). 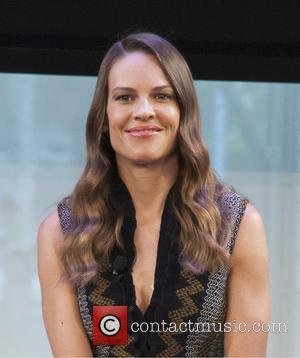 The Million Dollar Baby star was seen dining with a mystery man at upscale restaurant Beauty & Essex on Wednesday (01Jul15).

A source tells the New York Post, "(They were) holding hands under the table. They were very close and intimate. They were definitely on a date."

She also dated her agent John Campisi and was most recently linked to French real estate broker Laurent Fleury.

Swank recently announced a hiatus from Hollywood so she could look after her ailing father following his lung transplant.

She told HuffPost Live, "My dad is living with me... I'm his sole caretaker right now. He's an easy guest. You can't get this time back, and I'd look back and regret not taking care of him in this time. It's a true honour... It's easy to hang out."