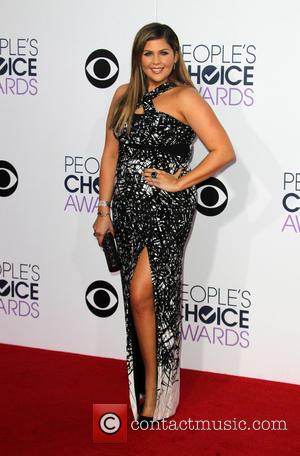 The Need You Now singer was asleep when a tyre burst on the bus she, her husband and a tour manager were passengers on, and sparked a blaze that ripped through the rear of the vehicle.

She tells news show Extra, "I woke up out of a dead sleep, thankfully wearing decent looking pyjamas to be out on the side of the road for a few hours and collected my phone and purse and was out of there in 10 seconds and we were all safe at a safe, far distance away."

Scott adds, "Honestly when you see the footage of what happened yesterday and how crazy it was to know that clothes, an iPad, and some toiletries were the only things that really got destroyed, it is a true miracle.

"Everybody, the first responders in Dallas, they were amazing, all the policemen, firemen, nobody was hurt... and my little girl was safe at home, which is really, really important and we're all good.

"I believed in miracles before yesterday but even more so today."

The singer reveals clothing she was hoping to wear at the ACM Awards were destroyed in the fire, but she has been able to replace them.

Lady Antebellum will perform their new single Long Stretch of Love at the 50th Annual Academy of Country Music Awards at AT&T Stadium in Arlington on Sunday (19Apr15).