The 52 year old presenter, who is American by birth but whose parents are both Egyptian and who has co-hosted the NBC show since 2008, phoned in to the show on Tuesday morning (February 21st) to reveal that she and her partner, Joel Schiffman, welcomed the new addition to the family after the baby was born exactly a week ago.

“She's a Valentine's baby,” a beaming Kotb said as she phoned into the show. “She is the love of my life.”

It’s come as a surprise to some, but fans who’ve been following her on Instagram recently might have guessed about the development by some of the inspirational quotes she’s been posted. One such post read: “And then my soul saw you and it kind of went, 'Oh there you are. I've been looking for you’,” with a picture of a baby’s hand clutching an adult’s finger.

“How hard it has been to keep this secret,” her on-screen partner Kathie Lee Gifford said, responding to her colleague and friend’s great news. “I have the biggest mouth in the world and I've said zilch!”

“This little girl Haley is the luckiest girl,” said fellow co-host Matt Lauer, adding his congratulations. “You’re going to be one of the most fantastic moms I can ever imagine.”

“You’re going to be an incredible mother. You thought you drank a lot of wine before? Just wait,” the show’s social media correspondent Carson Daly, a father to three kids himself, then added jokingly. 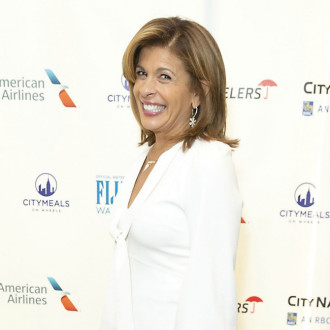