Model and reality star Holly Madison is seen with a friend having a consultation at the Alex Friedman Jewelry store in Beverly Hills. Paparazzi catch up with her as she leaves and asks her who does her make-up, to which she replies, 'Me!' with a laugh.

Model Holly Madison is snapped sunning it up in Las Vegas with her 'Holly's World' co-stars Laura Croft and Josh Strickland who pose on the red carpet at the grand opening of TAO Beach.

Rainbow! Has Holly Madison Dished Out The Worst Baby Name Of 2013?

Holly Madison has been forced to defend herself against accusations she has given her baby girl a cruel name. The reality star, who gave birth to her first child with party promoter boyfriend Pasquale Rotella last week, has decided upon Rainbow Aurora for her baby girl. Yep, that's Rainbow Aurora.

After receiving a wave of criticism on Twitter, Madison took to her blog to explain the moniker. She said she went to school with a girl named Rainbow and was "so envious," of the name growing up. "There are a lot of smug haters out there who bag on my choice of a name, but I don't care about what they think," she vented, adding, "She [school friend Rainbow] was a perfectly normal, well-adjusted, sporty girl, by the way, so I'm not worried about my daughter being 'traumatized' by having an unusual name," she added.

Madison moved into the Playboy mansion in 2004 and eventually became one of Hugh Hefner's girlfriends. After breaking up from the magazine magnate in 2008, Holly starred in the burlesque show Peepshow in Las Vegas and scored her own reality show, Holly's World. "I want my daughter to be proud of who she is and learn to speak up and stand up for herself at a young age," Madison went on to explain, "I spent most of my life being a people-pleaser who worried about what other people thought or thought was cool and I don't want that for her."

Continue reading: Rainbow! Has Holly Madison Dished Out The Worst Baby Name Of 2013?

Holly Madison Refuses To Let Critics Rain-bow On Her Parade

By Contributor in Lifestyle / Showbiz on 11 March 2013

Holly Madison has hit back at anyone who has a problem with her calling her new baby Rainbow, the reality star writing an angry post on her blog which suggests that some people have obviously been having a laugh at the name she’s chosen.

“I’m not worried about my daughter being “traumatized” by having an unusual name” Madison wrote in her blog, after citing a girl from school who she knew called Rainbow. Then she got grumpy. “There are a lot of smug haters out there who bag on my choice of a name, but I don’t care about what they think” she fumed. “I want my daughter to be proud of who she is and learn to speak up and stand up for herself at a young age. I spent most of my life being a people-pleaser who worried about what other people thought or thought was cool and I don’t want that for her.” Holly Madison when she was heavily pregnant

By Victoria Pavlova in Lifestyle / Showbiz on 09 March 2013

Ex-Playboy Bunny Holly Robinson has settled on a name for her little bundle of joy - and it's a colorful one.

Yesterday the actress revealed the curious name that the couple chose for their little bundle of joy. Baby Girl will be named... drumroll please... Rainbow Aurora Rotella. Now, if that’s not a name that gets you bullied on the playground, we don’t know what is, but apparently Holly got it straight out of her own childhood years. "I wanted to give my daughter a unique name," the former Playboy model told E! News. "Growing up, there was a girl in my school named Rainbow and I was so envious of that name. I thought it was so pretty and unique!"

By Lorna Greville  in Lifestyle / Showbiz on 05 December 2012

In the week that the world's most famous woman gets pregnant with the future heir to the English throne, it's no time to have your own pregnancy worries because almost no one will care or pay attention. Nevertheless, Holly Madison, who found modest fame as a Playboy Bunny and as one of The Girls Next Door, a reality TV show showing Hugh Hefner's favourite girls that lived in the Playboy mansion, was hospitalized yesterday for complications of severe morning sickness, US Magazine reports.

These days the 32 year old is 7 months pregnant and was hospitalized with severe morning sickness on Tuesday (4th Dec) tweeting about the event with a picture of herself in the hospital bed, and saying "Almost 7 months and morning sickness took hold! Glad to be otherwise ok, tho". Later, after a flood of well wishes from fans she tweeted thanks to them "Thank you for all the get well wishes! Keeping me entertained-forgot to bring a book with me."

She describes herself as a 'smart blonde' and wanted to make a career for herself after her relationship with Hef ended which eventually lead to the show ending too. She's appeared on Keeping Up With the Kardashians, CSI, Dancing With the Stars and even has her own show that ran for two seasons, called Holly's World.

Peter Lik is a self-taught Australian photographer. His reality series, On The Edge With Peter Lik, premiered in March 2011 and saw Peter travelling through the US, in search of some perfect shots

American model Holly Madison is seen leaving Trashy Lingerie in West Hollywood with a friend and a few shopping bags between them. When asked if she had a costume for Halloween, Holly replied that she had a lot of ideas for potential costumes and that she had bought three already.Holly is perhaps best known for her reality show 'The Girls Next Door', in which she was a girlfriend of Playboy founder Hugh Hefner, as well as the spin-off, 'Holly's World'. More recently, she appeared as a contestant on the eighth season of 'Dancing With The Stars' 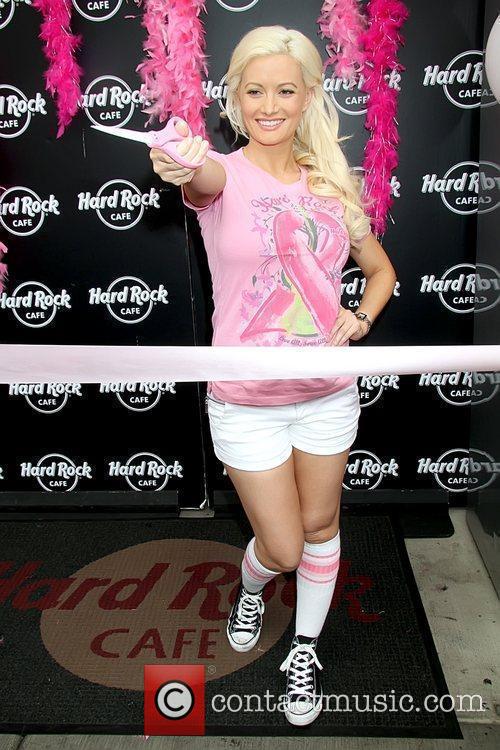 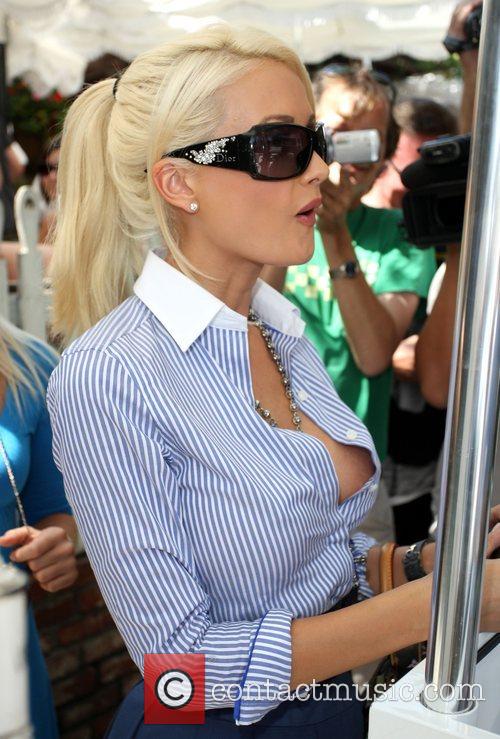 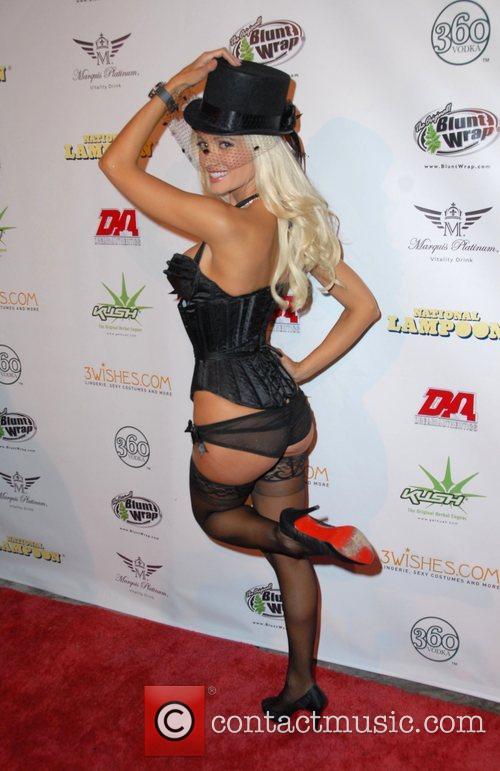 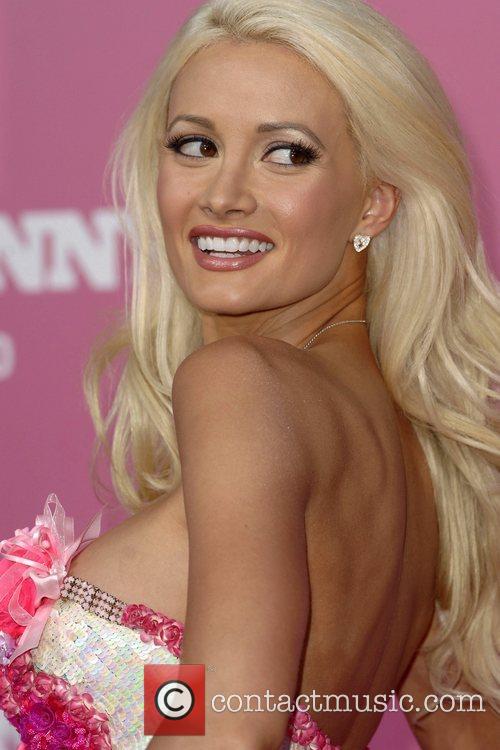 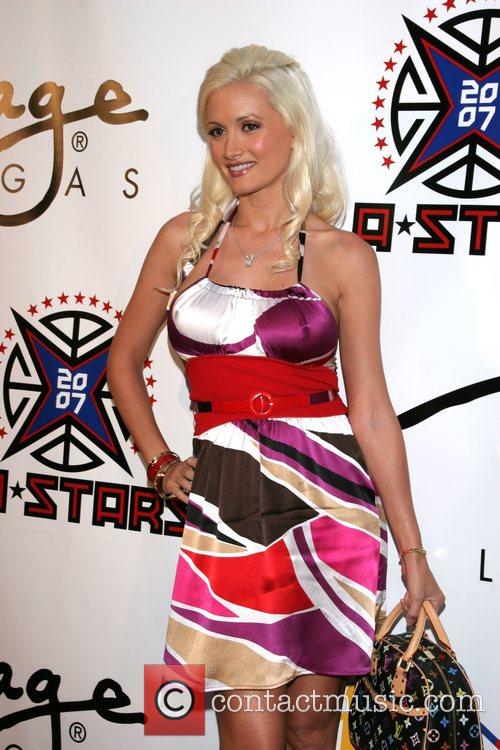