Holly Madison Refuses To Let Critics Rain-bow On Her Parade 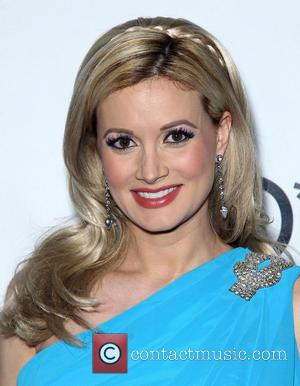 Holly Madison has hit back at anyone who has a problem with her calling her new baby Rainbow, the reality star writing an angry post on her blog which suggests that some people have obviously been having a laugh at the name she’s chosen.

“I’m not worried about my daughter being “traumatized” by having an unusual name” Madison wrote in her blog, after citing a girl from school who she knew called Rainbow. Then she got grumpy. “There are a lot of smug haters out there who bag on my choice of a name, but I don’t care about what they think” she fumed. “I want my daughter to be proud of who she is and learn to speak up and stand up for herself at a young age. I spent most of my life being a people-pleaser who worried about what other people thought or thought was cool and I don’t want that for her.” Holly Madison when she was heavily pregnant

Continuing she added “I couldn’t be more blessed to have such a perfect daughter and have never been happier than I am now!” Madison is best known for her appearances in reality show The Girls Next Door, though she is also a model elsewhere. She got her rise to fame after becoming one of Hugh Hefner’s girlfriends.