Holly Madison does not want her unborn daughter to follow her career path and pose naked for Playboy magazine because unlike her she won't have to. 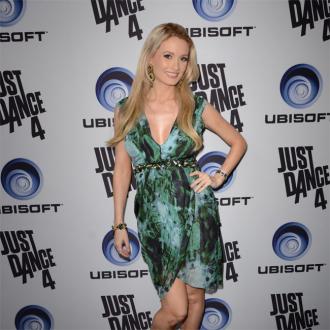 The pregnant blonde has stripped off for the men's magazine, which is owned by her ex-boyfriend Hugh Hefner, but she isn't keen on her child following in her footsteps.

Holly said: ''I don't think people are treated with respect in that environment. I'm from a small town and you grow up seeing people like Jenny McCarthy or Pamela Anderson, who made it big after doing Playboy. You think it's this glamorous thing until you realise how much you're judged for it. Luckily kids don't want to be like their parents, so I don't think she'll see anything cool or rebellious about posing for Playboy. I'm down for whatever direction in life she wants to go but I think she can do better.''

Holly, 33, is expecting her first child with boyfriend Pasquale Rotella and she is due to give birth in March.

The 'Holly's World' star knows she will have to work hard to regain her stunning figure but she will resist any offers from Playboy to show off her post-baby figure when she is back to her sexy best.

In an interview with the new issue of In Touch Weekly magazine, she said: ''People always do it and they're like, 'Look at how hot I am after I had a baby!' But I'll just get in a bikini; I don't need to show my nipples! Having a child on the way changes your perspective. You want to do things that will make them proud of you.''

Earlier this week, Holly was hospitalised with severe morning sickness similar to the condition Duchess Catherine - who is expecting her first child with Prince William - was treated for but the busty beauty is now back at home.