One thing's for sure, signing to Stones Throw has made Homeboy Sandman one of the most productive rappers around today. Prior to signing to the hip-hop juggernaut label, Sandman was somewhat complacent with his recordings and generated a buzz largely from shows around his home city of New York. 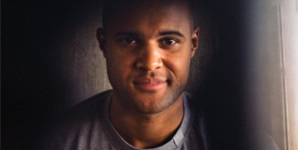 Signing for Stones Throw always seemed like a sensible thing for both parties, with Sandman already laying claim to a cult fan base thanks to his old but new style and with ST being a label specialising in hip hop that looks back to the old school but gives it a futuristic spin. Sandman stands up tall already against some of his label mates, blending a similar sort of style in which he likes to exhibit his intelligence and authoritarian disregard in full flow; much like Guilty Simpson or MED do. The flow on offer here ties knots in conventional logic and zigzags from topic to topic with fleet feet and impressive dexterity musing over the police, 'Cops Get Scared Of Me,' the surveillance of the state, 'Illuminati,' as well as taking on a more autobiographical stance with 'Hold Your Head.'

Again, when it comes to the production on the EP, it sounds familiar but it really is something different. The production, helmed by Exile, Paul White, Mr Familiar, J57 and Navie D, experiments in a style that you could really only find on Stones Throw; a style awash with smoky synths, bubbling slow-motion beats and ghosted soul samples that were first galvanised by the likes of Madlib and Jay Dee. His flow sits perfectly atop these beats and, despite the fact his Stones Throw contract is but a few months old, it's like he's been there for years.

Overall, this is a great second peak at one of the freshest signings Stones Throw have made for some time and if this or his first EP for the label Subject Matter is anything to go by then you can bet that when his first LP is released then it will be well worth the listen. When hip hop/rap is awash with the likes of the YMCM posse and the money/attention grabbing focus they have with their music, showing a real lack of respect for the original ethics of hip hop, then when an artist like Homeboy Sandman comes along it helps to take note - it'll reinstate your faith for just a tad bit longer.