Lead singer MJ also attempted to defend himself against allegations that he had physically and mentally abused a former girlfriend.

Leeds alternative rock outfit Hookworms have announced that they are splitting up, following serious allegations of sexual and mental abuse levelled against the group’s frontman, MJ.

The five-piece band posted a statement to their official Twitter account on Wednesday (October 31st) to the effect that they “can no longer continue as a band”, cancelling all forthcoming live shows.

“We’re deeply shocked by the allegations that came to light yesterday regarding MJ and take them very seriously,” the band’s communication read. “As a result we have cancelled all upcoming Hookworms shows and can no longer continue as a band.”

MJ – real name Matthew Johnson – then posted his own statement, saying that: “I deny, and always will deny, the allegations that were posted yesterday.”

Alanna McArdle – the former frontwoman of Welsh indie-punk group Joanna Gruesome – on Tuesday posted a statement to Twitter on behalf of an alleged victim identified only as L, detailing the alleged “horrific abuse” that L suffered at the hands of Johnson during a relationship they had in 2016. She described L as a “survivor of sexual and physical abuse”, a situation that Johnson allegedly mocked.

“Over the course of numerous interactions he made jokes and the specific details of L’s past experience, joking about raping her, mutilating her body and punching her in the face,” McArdle claimed. “He sexually assaulted her, triggering her PTSD, and at the time remained unapologetic for his actions.” Johnson defended himself, saying that he had been approached online by L and asked him to “characterise some of my actions towards her as abusive to assist her, she said, with her ongoing recovery from historic sexual abuse that occurred prior to us knowing each other. I regret now accepting any blame. I felt pressured into disbelieving myself and also believed I was helping her. I offered her support in other ways so to read what she has told someone else about me is confusing and upsetting. More importantly, the picture painted of me yesterday is untrue.”

McArdle, however, later replied to his tweet calling him a “despicable liar” and that he should be “deeply, deeply ashamed”.

Hookworms had been one of the most celebrated indie acts in the country, releasing their highly-acclaimed third studio album Microshift earlier in 2018 on prestigious independent label Domino.

MJ, a central figure to the Leeds independent scene as owner of a recording studio in the city, has been open on social media about his experiences with depression and has previously taken vocal stances against musicians who have been accused of abuse. 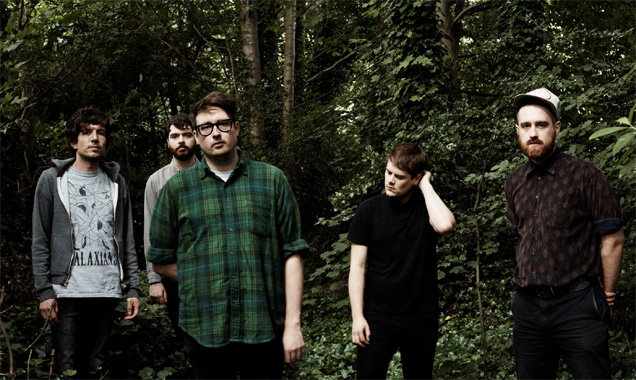