Relocating to Oklahoma in 2010 to study at the Academy of Contemporary Music, it is clear that Horse Thief have explored a range of approaches and styles, resulting in a diverse and intriguing debut E.P. Having been together since 2006 under different monikers, the four piece, originally hailing from Texas, seem to be approaching their own individual sound on their Bella Union release 'Grow Deep, Grow Wild'. 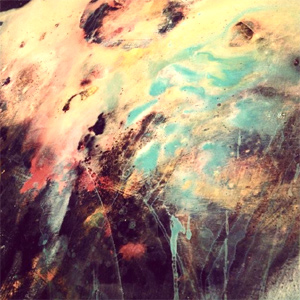 Sprawling soundscapes and a reverberating guitar line invites us into the opening track 'Colors', until an upbeat drumbeat and Cameron Neal's nasally vocals break the tension. Screechy indie guitar lines drive the track forward as subtle keyboards and backing vocals create a wall of sound effect in the background. The intricate bassline of 'I am the Bear' combines with the high hat dominated drumbeat; the melodic and technical instrumentation brings to mind the dreamy harmonizing of Grizzly Bear. Neal's dark delivery of the lyrics 'I am the bear, and you are the tiger, and I will use my paw, to protect her' isn't dissimilar from Paul Banks' brooding vocal style in Interpol.

The brass dominated chorus of 'Down by the River' creates an uplifting atmosphere like that of label mates 'The Flaming Lips', before dreamy, melancholic breakdowns and drastic, yet fitting changes really emphasise the versatility and fluency of the band. Folk influences become apparent with the steady, rolling 'Warrior'. The laid back, delicate tones of final track 'The Magician' provide a gentle end to the E.P. Despite coming dangerously close to the blandness of Mumford and Sons at some points within these final two tracks, Horse Thief seem to retain a certain, ever present charm to their sound, enabling them to create both gentle, mesmerising pieces and upbeat spectacles without sacrificing quality.

As well as a satisfying experience, we also gain from the record the sense of a band that is currently in that exciting period in which they are finding their sound. The combination of nostalgic indie tunes and hints of experimental psychedelia makes 'Grow Deep, Grow Wild' a thoroughly enjoyable, feel good debut E.P. A full length release can't come soon enough.