Willie Nelson feels ''much better'' after cancelling a performance on the weekend in Denver because he was struggling to deal with the high altitude. 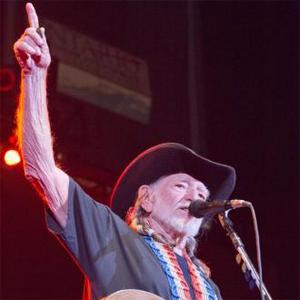 Willie Nelson feels ''much better'' after a recent health scare.

The 79-year-old country singer was forced to cancel a performance on the weekend in Denver, where he was supposed to be appearing at a charity gig for the Dumb Friends League animal shelter, after struggling to deal with the high altitude.

His daughter Amy Nelson told the Los Angeles Times: ''He did cancel the [Colorado] show because he did not feel that he could give an adequate vocal performance in the high altitude.

''He had gone to the hospital a couple days before to treat an injury on his leg from a bicycle accident. Perhaps that's where the hospital reference got mixed in. Or maybe people just panicked, as they usually do when he cancels a show.''

But Willie - whose music appears on the soundtrack of forthcoming western movie 'Lawless' - is expected to get back on stage tonight (21.08.12) to perform at the House Of Blues in Dallas.