Howard Stern is thought to be in talks with TV network NBC about replacing Piers Morgan on the judging panel of 'America's Got Talent'. 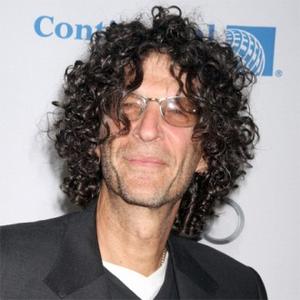 Howard Stern is reportedly in "serious negotiations" with NBC about being a judge on 'America's Got Talent'.

The radio host is thought to be discussing the possibility of replacing former panellist Piers Morgan on the panel - which features Sharon Osbourne and Howie Mandel - and he could earn up to $15 million a year for the role, according to the Wall Street Journal.

The 57-year-old Sirus XM Radio presenter has previously said the judges - who were Simon Cowell, Randy Jackson, Ellen Degeneres and Kara DioGuardi at the time - "barely have an opinion".

Last year, he said: "Judging is an interesting thing. What I do for a living is a lot more complicated than judging. I have to wake up people. I compete in radio markets and to sit there and judge a karaoke contest, the one criteria would be to have an opinion.

"It seems that two or three of the judges barely have an opinion."