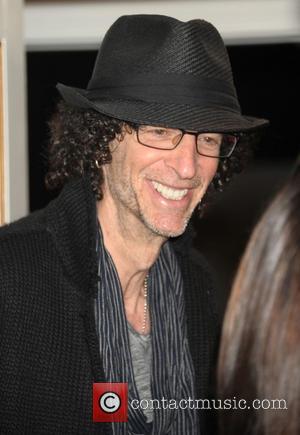 Picture: Howard Stern - The Hampton premiere of 'And So it Goes' at Guild Hall in East Hampton - Arrivals - East Hampton, New York, United...

U.S. shock jock Howard Stern feels guilty for treating late actor Robin Williams as a "prop" during a controversial radio interview with the star early on in his career.

Stern had an on-air chat with the Good Will Hunting Oscar winner when the presenter was a young rookie and he admits he acted like "a bit of an a**hole" during the segment.

Following Williams' death on Monday (11Aug14), Stern took to the mic on his Sirius Xm show on Tuesday (12Aug14) to tell listeners of his regret at how the interview panned out.

He said, "Back in those days, I really felt I wasn't being malicious, but I felt a lot of pressure when a guest would come in... I never could give the microphone fully over to a guest and even allow my curiosity about a person (to) come through... Anyone who was in my studio was just a prop for me... I was a bit of an a**hole in a lot of ways with guests.

"I wasn't rude with Robin Williams, but I asked some questions that perhaps went into areas that he had enough of... I think my whole demeanour and attitude was just s**tty. I wasn't trying to be mean to Robin Williams. I was just trying to be provocative and interesting for the audience, and doing what it is that I thought had to be done. And I was an immature a**hole. And so that always haunted me... and then I kind of filed it away and forgot about it... This was a guy who should have been celebrated."

Williams died in an apparent suicide at his home in California at the age of 63.