'America's Got Talent' judge Howard Stern has joked Simon Cowell ''never shows up on the set'' because he is ''too busy with sex'', while the 'X Factor' boss has been told to demand proof pregnant Lauren Silverman is carrying his baby. 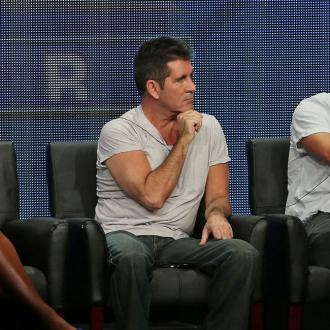 Howard Stern says Simon Cowell is ''too busy with sex'' and needs to focus on his work.

The 'America's Got Talent' judge teased his boss for his romance with Lauren Silverman - who is reportedly pregnant with their first child - and joked a stronger work ethic would mean ''there would be no baby''.

Speaking on his radio show, the outspoken host said: ''I don't think Simon is thrilled. He is too busy with sex. If he was here doing his job and running things, there would be no baby.

''I was wondering why he never shows up on the set, he's like an executive producer of the show, now I know he's busy making kids.

''Maybe this is too x-rated but I think Simon should wear a rubber when he has sex. And then there is no doubt.''

Meanwhile Simon, 53, is keen to support Lauren by giving her and the child everything they need - but lawyers have insisted he should demand proof the baby is his.

Former prosecutor and US legal expect Loni Coombs told the Daily Star newspaper: ''If he is going to take on child support, you should make sure.''

The star has been advised to lie low while Lauren, 36, continues with her divorce settlement with husband Andrew.