Mixed Signals From Howard Stern Re America's Got Talent 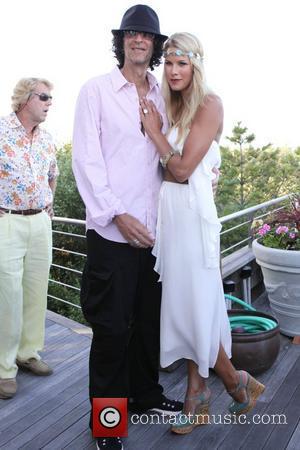 Howard Stern on Monday appeared to dispute a Wall Street Journal report that he was in talks with NBC to replace Piers Morgan on the judging panel of America's Got Talent . "I am not the next judge. I have no deal with America's Got Talent ." But was, he "in talks" to join the show, as the Journal had reported? "I'm not going to comment if I'm in negotiations," he said. "I don't comment on negotiations." He also went on to remark that he "would be certainly honored" to join the show. "If I was a judge on there, there would be no nonsense whatsoever. I would be there for the talent. I would be there to actually find somebody good." The possibility that Stern might join the show has already fired up the Parents Television Council (PTC), the group that floods the FCC with complaints about what it regards as indecent content on broadcast television. Putting Stern on the talent show, said PTC president Tim Winter, would result in "the alienation of millions of families, and with it the alienation of tens of millions of advertising dollars."