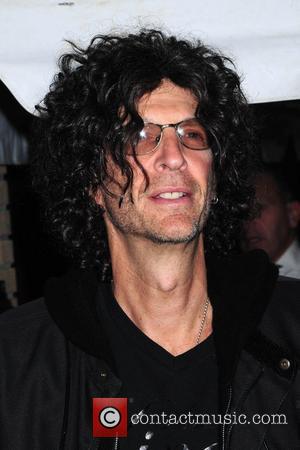 Shock jock Howard Stern is the latest big name rumoured to be in the running to take over from Simon Cowell on American Idol.
Cowell has headed the U.S. talent show's panel since its inception in 2002, but announced last month (Jan10) he will leave the programme when his contract expires in May (10).
His departure has prompted speculation over who will take his place on the show, with recent guest judges Victoria Beckham and Katy Perry among the rumoured replacements. Actor/singer Jamie Foxx and American Idol host Ryan Seacrest have also been linked to the post, but both denied rumours they are set to step into Cowell's place.
Now controversial radio DJ Stern is rumoured to be in talks with TV executives to join the judging panel alongside Ellen DeGeneres, Kara DioGuardi and Randy Jackson.
A source tells New York Post gossip column Page Six, "(American Idol) is one of the few shows that could compete with Stern's $100 million-a-year Sirius contract, and Idol bosses think he'd be even nastier than Simon."
Stern recently announced he is looking for work when his contract with Sirius XM Radio expires next January (11), and during his radio show on Wednesday (03Feb10) he hinted he has been approached by TV bosses about a new job.
He said, "Recently I was approached by a major TV network to take over a TV show and leave here and do that next year - and I did turn it down. Well, I didn't turn it down. I started to entertain it and think about it, and then I probably think my demands are pretty heavy and they were attempting to negotiate and I said 'you don't have to'."