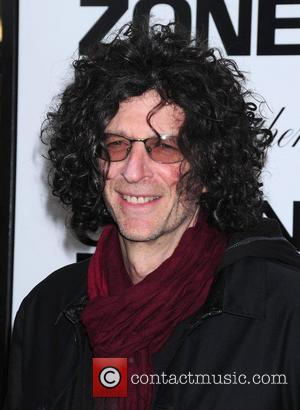 Howard Stern has refused to apologise for his unflattering comments about Oscar-nominated actress Gabourey Sidibe - insisting the portly PRECIOUS star "needs help".
The radio host came under fire after he blasted Sidibe on his Sirius radio show on Monday (08Mar10), calling her "the most enormous, fat black chick I've ever seen."
He also claimed she will find it difficult to land any more roles in Hollywood because of her size.
Stern's comments stirred up a swathe of controversy in the U.S., but he's standing by his opinion - insisting Sidibe should not be held up as a role model for overweight people, because obesity is a life-threatening condition.
He says, "The point I was trying to make is that obesity in this country is out of control. What's really sad is that you see people saying it's OK to be like this, you have to love your own body. it's OK to look like that.
"I feel this girl is going to kill herself - you can't eat like this. I did enjoy her performance (in Precious) I have nothing against her, I'm just trying to say she's enormous.
"The girl has got tremendous problems and she needs help. And we got slammed (for saying it)."