Joy Fantastic is one of the standout tracks from Hudson Mohawke's latest album 'Butter' released through Warp Records, the track features vocals from Olivier Daysoul and as our review Thom Holmes put it The track 'sounds like an Outkast release that's been produced by Andre 3000. Lush synth stabs and clattering beats.'

Throughout April Hudson Mohawke will be on tour throughout the UK catch him at one of the following dates: 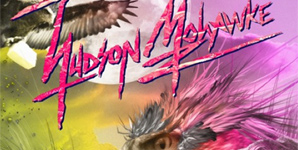