British Actor Hugh Dancy Has Given Fans Fresh Hope For A Hannibal Revival After Insisting He And His Tv Co-star Mads Mikkelsen Remain "Fully Committed" To The Axed Series As Show Creator Bryan Fuller Explores Plans To Adapt The Show Into A Movie. 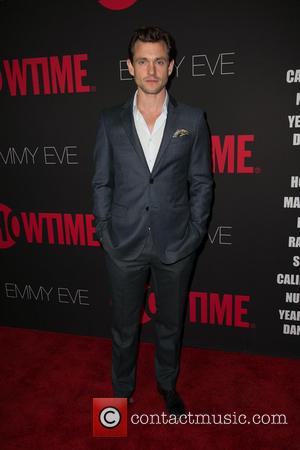 The Silence of the Lambs TV spin-off was cancelled by U.S. network bosses at NBC last month (Jun15) after three seasons on air, and Fuller admits he has struggled to find an alternative outlet to continue the franchise.

His limited options have now prompted Fuller to consider exploring a new Hannibal story on the big screen - and both Dancy and Mikkelsen, who played the titular serial killer, are eager to reprise their roles for the proposed next chapter.

Speaking at San Diego, California's Comic-Con event on Saturday (11Jul15), Fuller explained to fans, "We are still looking; we don't have a lot of answers and we're looking at the possibility of a feature.

"So we have Hugh and Mads, who are very committed to the show and would love to continue with the show. The way this season ends, we have the opportunity for a break and hopefully we'll be able to find a way to bring Mads and Hugh back to you."

Meanwhile, Dancy remains hopeful for a solution to bring Hannibal back, adding, "We all feel very bittersweet. It's an emotional thing for all of us and it's not over in the sense that we're fully committed and have been living this for a few years - and that's still very true in this moment."

The final episodes of Hannibal's third season will wrap in the U.S. in August (15).