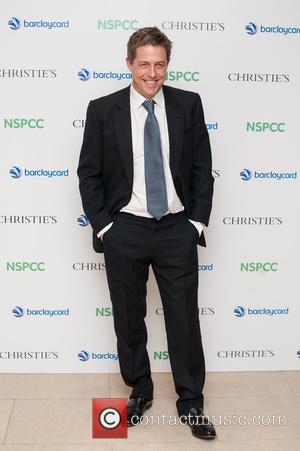 Actor Hugh Grant has written an open letter throwing his support behind plans to change laws in Britain to offer more protection to whistleblowers.

The Notting Hill star is a member of Hacked Off, an organisation calling for tighter regulation of U.K. publications in the aftermath of the phone hacking scandal, which exposed illegal snooping on celebrities and public figures.

He has now publicly backed plans to establish new laws which will protect journalists' sources, allowing reporters to shield the identities of those who hand over sensitive information to the press, and Grant is adamant bosses of Britain's biggest newspapers should do more to support the reforms.

In a letter published in Britain's Guardian newspaper on Monday (23Feb15), Grant writes, "Parliament will today agree new measures to protect the identities of those who, with good reason, give sensitive information to journalists: whistleblowers. This victory for press freedom follows the discovery that police were helping themselves to the phone records of reporters and so were easily able to tell who their sources were. In future a judge will have to be convinced that such access is justified... What I find most remarkable about this victory is who sorted it out... Three groups made the difference: working journalists... some politicians... and third, Hacked Off... Conspicuously absent from this line-up are the editors and proprietors of our biggest national newspaper companies... They talk the talk, but when it comes to upholding the freedom of journalists to conduct investigations in the public interest, they do not walk the walk."