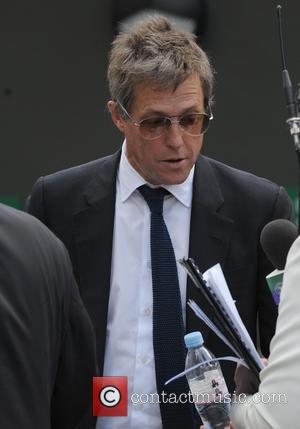 Hugh Grant has spoken publicly for the first time about the child he secretly fathered with a Swedish Tv producer.

The Notting Hill star has previously remained tight-lipped about his two-year-old son, whose name has not been made public, but now he has spoken about the boy and his feelings for the tot's mother, Anna Eberstein.

Speaking to Swedish newspaper Nojesbladet, Grant says, "I love him very much... I see him all the time, most days. (Me and Eberstein) are very good friends. She is a very good mother."

The actor initially denied rumours in 2012 that he had become a dad again but it was confirmed a year later when he added his name to the child's birth certificate.

Grant has fathered three children in a 15-month period - in addition to his son with Eberstein, he also has daughter Tabitha, three, and son Felix Chang, 21 months, by former girlfriend Tinglan Hong.