Hugh Jackman says his pal Daniel Craig should go into comedy, after Bond. 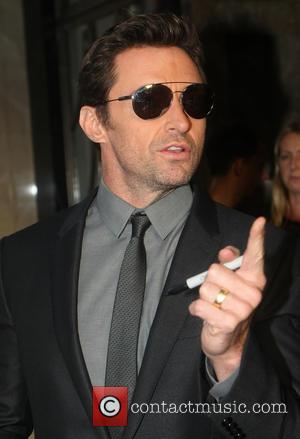 Daniel Craig will probably end his career being best known for playing James Bond, though his pal Hugh Jackman has urged the actor to go into comedy once he finishes playing the secret agent.

The pair became close friends when starring together in A Steady Rain on Broadway on 2009 and Oscar-nominee Jackman, 45, says there's more to his British buddy than Bond.

"Daniel is ridiculously funny in real life.I keep telling him he should do Saturday Night Live because he will make you cry with laughter. He's also very cheeky," Jackman told the Express.

Since they became close, Jackman has hinted that he'd be more than happy to take on the Bond role when Craig is ready to quit.

"I think he has that gig for as long as he wants but I would consider it for sure at some point. Who wouldn't?"

Craig is contracted for the next couple of movies, though given Sam Mendes is on-board for James Bond 24, the British actor could well sign up for more.

Meanwhile, Jackman is reportedly set to play the iconic Marvel character Wolverine for another movie, with Twentieth Century Fox already in negotiations with the Australian for the next outing. James Mangold's The Wolverine - set in Japan - received positive reviews from critics and took around $414.8 million worldwide - nearly 3.5 times its production budget of $120 million. Read our The Wolverine review here.

Jackman is currently shooting Neill Blomkamp's action-thriller Chappie, about a child kidnapped by two criminals at birth. Oh, and he happens to be robot.

Daniel Craig is currently starring alongside his wife Rachel Weisz in the Broadway production of Harold Pinter's Betrayal. Daniel Craig at the BAFTA Britannica Awards in Los Angeles