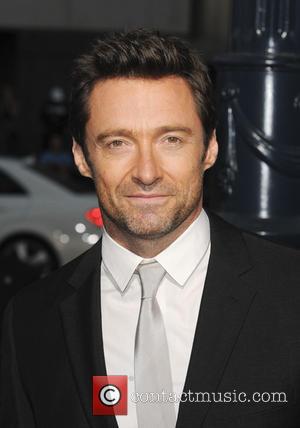 According to the Associated Press, the Australian actor celebrated his 45th birthday by hosting a fundraising event at Hollywood's Dolby Theatre, where he performed on stage for "One Night Only".

The 'Wolverine' star told stories, sang and even showed off his dancing skills, all in an effort to raise money for the Motion Picture & Television Fund.

The night was a success as $1.85 million was raised.

"This is probably the most narcissistic way to spend your birthday," he said when the show was over. "I chose my favourite songs and told stories about my life."

According to Deadline, 20th Century Fox CEO and chairman, Jim Gianopulos, asked Jackman especially to perform his hit Broadway one-man show as a benefit for the fund.

The show consisted of a 17-member orchestra and lasted approximately three hours, he shared music and photos of his native Australia, sang to his wife, showed clips of movie scenes for classic Hollywood musicals and tapped-danced to 'Singing in the Rain'.

Who even said men can't multitask?

The 45 year-old also stated, "A lot of guys would say to their wife, 'Do you mind if I go play golf with my buddies?' That's how I am about the show, I love it".

He added, "If there's a song I don't like, I cut it and bring in a new song. Everything is something I want to do. So to be here tonight, supporting this cause -- and it couldn't have been a more generous crowd if it tried -- in every way it was great."

The extravaganza also included a live auction run by Jackman, some of the items up for grabs were a pair of customized 'Wolverine' claws, a 'Wolverine' signed jacket, tickets to the premiere of 'X-Men: Days of Future Past' and a chance to screen a 20th Century Fox film with 60 people.