Hugh Jackman admits it is a possibility there will be an R-rated version of 'The Wolverine'. 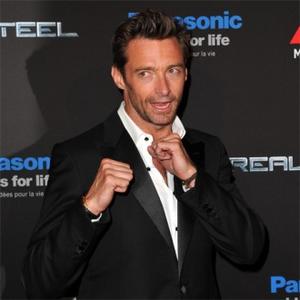 Hugh Jackman may shoot an R-rated version of 'The Wolverine'.

The Australian actor is set to reprise the comic book character for a second spin-off movie from the 'X-Men' series, following on from 'X-Men Origins: Wolverine', and he admits director James Mangold is discussing with him the possibility of shooting two sets of scenes so an R-rated version - meaning those under 17 would require a parent or guardian to see it - of the film could be released.

He told Collider.com "James Mangold and I talked about an R-rated version and we're like, 'Look, let's not put it off the table.'

"There's even talk about us doing two versions, as in finding a way to do both while you shoot it, which could be really cool. But you need to have a really good reason to exclude those fans."

Hugh has previously hinted the movie - which saw Mangold come in after 'Black Swan' director Darren Aronofsky dropped out for personal reasons - would be more extreme than previous Incarnations because the character allows for that possibility.

He said: "There is such great temptation to make an R-rated Wolverine. I've always felt that, I know a lot of fans would like that, and if there's ever gonna be a superhero that's gonna be R-rated it's Wolverine."

Hugh is currently starring in robot boxing movie 'Real Steel' - which has topped the box office in the US - and will soon begin shooting his leading role in Oscar-winning director Tom Hooper's 'Les Miserables'.