Hugh Jackman is feeling nervous ahead of hosting this year's Tony Awards in New York City on Sunday(08.06.14). 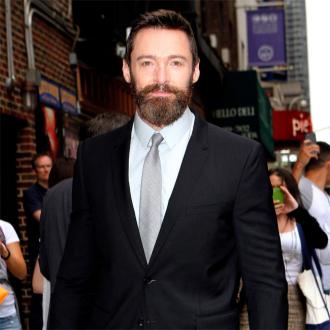 Hugh Jackman is nervous about hosting the Tony Awards.

The 'Les Miserables' star - who will take centre stage at the annual awards ceremony at New York City's Radio City Music Hall on Sunday (08.06.14) - is ''excited'' to present the prestigious event but is putting a lot of pressure on himself to perform.

He told Access Hollywood: ''There's always a little bit of pressure, but mostly put on myself. It couldn't be a nicer, more welcoming crowd and I can say that from experience, because [the] first time I came here, I actually had never been on Broadway and I said, 'Guys, I can't do that.'

''And they said, 'Don't worry, they'll be very welcoming.' I didn't really believe [it] until I walked out and I was amazed. So, I'm excited.''

Other stars set to attend the award show include Neil Patrick Harris, Chris O'Dowd and Bryan Cranston who are all hoping to be praised for their recent performances on Broadway.

Meanwhile, Hugh, 45, will return to Broadway this autumn for Jez Butterworth's production 'The River'.

He said: ''I'm so excited about 'The River'. It's a beautiful play. It's very kind of deep and mysterious. It's very intimate, about a man and a woman and a moonless night up in a cabin on the cliff side and it all takes place in one night. It's about love, loneliness. It's about everything including fishing.''