Hugh Jackman is to star in thriller 'Prisoners', about a carpenter who searches for his kidnapped daughter. 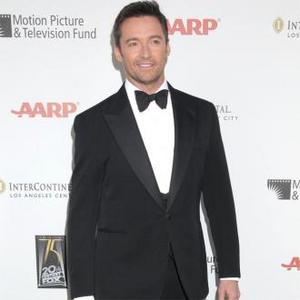 Hugh Jackman is to star in 'Prisoners'.

The 'Les Miserables'' actor will begin work on the thriller - which has been in development since 2009 - early next year, once he has completed filming on superhero blockbuster 'Wolverine: X-Men'.

The movie - to be directed by 'Incendies' helmer Denis Viilleneuve - follows a small-town carpenter, Keller, who takes the law into his own hands after cops fail to find his kidnapped daughter and best friend and in the process runs up against the detective assigned to the case.

Alcon producers Andrew Kosove and Broderick Johnson said in a statement: ''We can think of no better 'Keller' - an everyman who rises to an occasion most of us could not imagine possible.

''Denis' rare directing gifts are superbly matched to this material, that is both challenging and explores complex themes in a commercially appealing narrative.''

Aaron Guzikowski has written The Script and 8:38 Productions' Kira Davis and Madhouse Entertainment's Adam Kolbrenner will also produce alongside Alcon's producers, while Ed McDonnell and John Stark will executive produce.

'Prisoners' is set for release in November 2013.