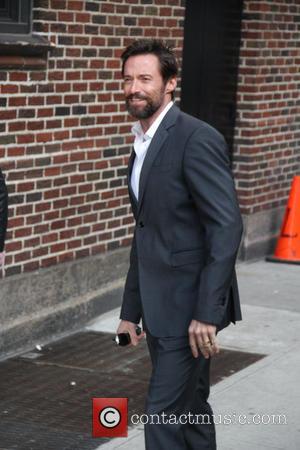 Hugh Jackman has been given a confidence boost as he prepares for the Oscars on Sunday (24Feb13) - he's beaten Best Actor rival Bradley Cooper to be named the celebrity with the sexiest facial hair.

The Les Miserables hunk will be going up against Silver Linings Playbook stud Cooper in the coveted category on the biggest night in Hollywood, and he will be heading into the ceremony a winner - in the great battle of the beards, that is.

Jackman came out on top in the new survey conducted by officials at the U.K.'s leading hair transplant centre, Crown Clinic in Manchester.

Meanwhile, Brad Pitt has been named and shamed as the star with the least sexy stubble - he pipped Joaquin Phoenix to claim that dishonour.