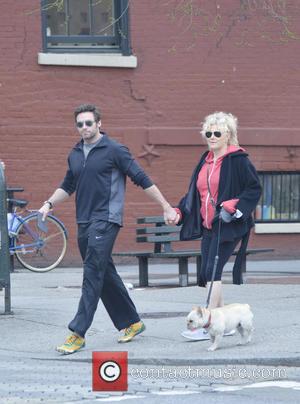 Relatives of Hugh Jackman’s stalker Katherine Thurston have thanked the Hollywood actor for refusing to speak out publicly in criticising the mentally ill woman for her pursuit of him – something that has apparently been going on for years.

Thurston is currently in prison on charges of menacing, stalking, harassment and criminal possession of a weapon. She’s being held on $15,000 bail, which her family have said they won’t pay out. Thurston previously approached Jackman’s wife Deborra-Lee Furness and told her she was going to marry Jackman. The breaking point came when she turned up at Jackman’s gym with an electric razor full of her pubic hair and declared her love for him.

Talking to the New York Post, a relative said “Thank goodness Hugh Jackman is taking the high road,” pointing out that that the star had been shy in coming forward with any admonishment or blame. “He could have blown the situation up for publicity, but he seems to understand the situation” they added. “We are so thankful to him for keeping the focus on her mental health and not criticizing her or making fun of her. He seems like he is trying to help.” Jackman returned to his gym this week after the incident, and told press “My main concern is for my family, [and] I hope she gets the help she needs.” Hugh Jackman has been compassionate in dealing with his stalker