The entire Eddie the Eagle filming schedule was set around Hugh Jackman. 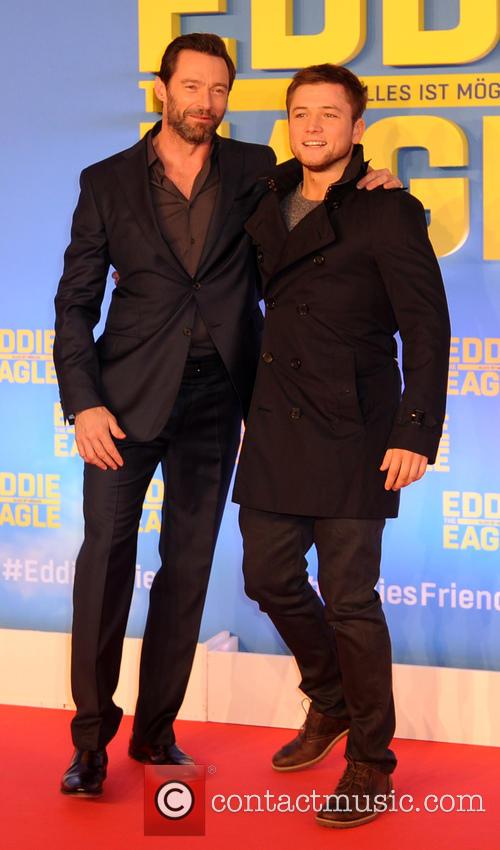 The 47-year-old actor plays former ski jumper Bronson Peary in the film, which stars Taron Egerton as Eddie 'The Eagle' Edwards. The film has already received rave reviews from critics, with many particularly praising Hugh's role.

However, director Dexter Fletcher has revealed they had only six weeks to shoot with Hugh after he decided to sign up for the movie.

"Hugh is a genuinely nice guy," Dexter said during an interview on British morning show Lorraine on Friday (01Apr16). "He had a very small window of availability but he read the script and he was excited and passionate about it and wanted to be involved so we built the whole schedule around him really - he had six weeks when we could use him and unfortunately it was the end of winter, so we went out to Germany to film but all the snow was melting which created its own problems to create a ski film with no snow."

Eddie the Eagle became a household name when he became the first competitor to represent Great Britain in Olympic ski jumping back in 1988.

His tale might be an unusual one for a movie director to take on, but Dexter insists he saw the opportunity to set the record straight about Eddie's achievements.

"That was the aim (to make a feel good movie)," Dexter explained. "The thing with Eddie at the time was that he was a little bit of an amiable joke. But I felt he got a rough deal because the truth is that he is an Olympian, he went out there, he sacrificed a lot, he broke bones, his family helped him and he worked really hard to get there. So it's really nice when things come together and people have that response. But the film does leave you feeling on an up and he's very much like that, the real Eddie."

The movie has been a box office hit, as well as garnering positive reviews from critics. While many directors don't read reviews, Dexter does, and has been blown away by the response to his work.

"I hate to admit I do actually, I do read them (reviews)," he laughed. "The critics are being very lovely. It's very exciting. You can't plan for that - you make the best film that you can with wonderful people and when you get responses like that it's really wonderful."