Hugh Jackman's Wife Has Him Wear Film Costumes In The Bedroom

At this stage, it's a wonder if Hugh Jackman is more famous than the character of Wolverine or vice versa. But apparently, the actor's wife likes him to play dress-up in order to experience the feeling of an affair. 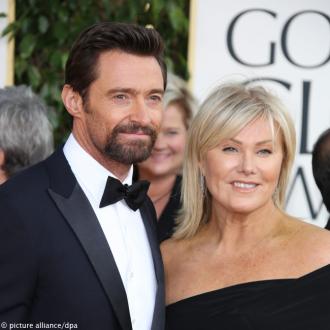 According to 'X-Men' star, Hugh Jackman, his wife is a big fan of him bringing home his movie costumes and wearing them in the bedroom. The actor, who appeared in 'Les Misérables' in 2012 and will star in 2013's 'The Wolverine', stated that his wife, Deborra-lee Furness, uses his costumes as a way to indulge in fantasy's that she is having a relationship with another man.

In an interview with The Sun, Jackman stated: ''She likes me coming home in costume because it makes her feel like she's having an affair. She's eight years older than me, which is no big issue, and is a fantastic actress who has taught me a lot.'' Despite being one of the most recognisable faces in Hollywood, Jackson reports that his wife ensures he stays grounded in reality and doesn't start getting too big-headed.

Related: Hugh Jackman Reminds Us All Why We Should Wear Sunscreen After Having Skin Cancer Cells Removed

''She's the one that keeps my feet firmly on the ground - and she has a great sense of humour. When I was named Sexiest Man Alive [by People magazine] a few years ago, she said, 'Obviously, Brad Pitt was not available this year.' ''The 44-year-old actor has been married to his wife since 1996. In that time the couple have adopted two children together - Oscar, 12, and Ava, 7.

Related: Why The Hugh Jackman & Jake Gyllenhaal's 'Prisoners' Is This Year's Must See Thriller

Jackman also talked about how his teenage years were a far-cry from the older and wiser man he is today. Instead, he said that ''I was a loudmouth idiot at 18. I had ridiculous rage and male bravado in those days. I had some very dark periods. I wanted mum to come back because I felt that everybody stared at us as being abnormal. It was an odd situation for a mother not to be there. I thought for years she was going to come back. There was a time, when I was about 12, I thought they were going to get back together. They didn't and I took that anger and frustration out on others in my teens.''