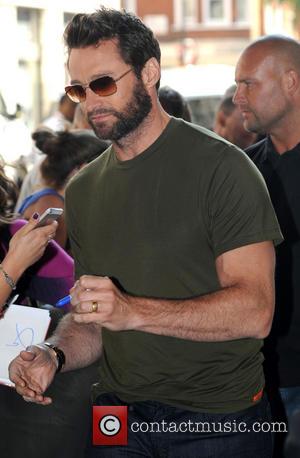 The Australian actor appeared on the show on Sunday (21Jul13) to take part in the Star In a Reasonably-Priced Car segment, in which famous faces race against the clock around a circuit in a family saloon.

Jackman was determined to impress and hared around the track in just one minute and 46.1 seconds - taking boxer David Haye's place in third spot, behind AC DC frontman Brian Johnson and funnyman Jimmy Carr.

Watching film footage of Jackman hurtling around the circuit, a clearly impressed Clarkson told him, "Hey Hugh, this is not bad at all. I'm actually deeply impressed."