Hugh Jackman was said to have taken control of the situation when confronted by a dangerous stalker at a New York gym. 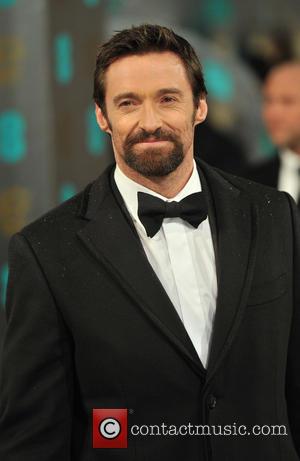 Hugh Jackman's workout at a New York gym didn't exactly go to plan on Saturday (April 13, 2013). Sure the 'Wolverine' star got in his weight training, but he was also chased by a crazed stalker carrying an electric razor - probably not his idea of a warm down. "He was more alarmed than scared," publicist Alan Nierob told CNN.

A woman allegedly screamed "I love you," as she chased the Hollywood actor at the gym. Manhattan resident Katherine Thurson, 47, was charged with stalking Jackman, according to New York Police spokesman Sgt. Tom Antonetti. The Les Miserables actor had previously seen the woman outside of his home and at his daughter's school, though Saturday's incident was the most dangerous yet. Ms Thurson managed to slip past security at the gym and headed straight towards Jackman. "The razor fell out of her hands when I stepped in between them," trainer Mike Castle said. The actor asked Thuston not to touch him, though security quickly arrived and apprehended Thurson on the street. According to Castle, Jackman had the situation completely under control, "(He's) a super nice guy," the instructor added.

Jackman was nominated for an Oscar for his role as Jean Valjean in Les Miserables, eventually losing out to Daniel Day-Lewis. However, he did scoop the Golden Globe for best performance by an actor in a musical or comedy motion picture, for the same role.

He will next appear in 'The Wolverine', expected to his cinemas this summer.