Jackman Vows To Press Ahead With Wolverine Movie 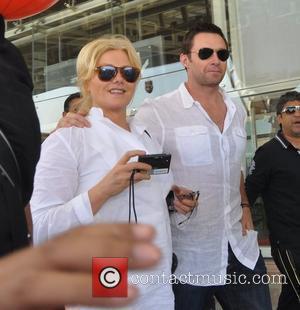 Hugh Jackman has assured fans he is not giving up on his second Wolverine movie after the project was thrown into jeopardy by the departure of director Darren Aronofsky and the recent disasters in Japan.
The Australian actor is due to reprise his role as the clawed superhero for a sequel to 2009's X-Men Origins: Wolverine, which will see much of the action set in Japan.
The project suffered a setback when Aronofsky quit to spend more time with his family and the film was dealt another blow when Japan was hit by a massive earthquake and subsequent tsunami earlier this month (Mar11).
Jackman has now spoken out to allay fears the movie is in trouble, insisting studio bosses at Fox are pressing ahead with plans to secure a new director despite the inevitable delays to filming.
He tells Coming Soon, "So now we're out looking for a director. We were pretty much ready to go. The script is fantastic - the best we've ever had, which is why it attracted Darren in the first place. His personal situation precludes him from doing it now, and I feel for him. But now we need to find a director. We're not going to settle... Everyone is still pushing forward to getting it done... It's too early to call on Japan. I'm not sure where they're at, so now we're finding another director, but Fox is very anxious to make the movie and we're moving ahead full steam to find another director."