Jokers! Hugh Jackman and Russell Crowe Fool Around At Les Miserables Premiere Down Under

Hugh Jackman and Russell Crowe entertained the crowds at the Les Miserables premiere in Sydney, Australia, on Thursday (December 20, 2012), laughing and joking while also pretending to race each other down the red-carpet! Tom Hooper's big screen adaptation of the musical based on Victor Hugo's classic novel has received cautious praise from critics, though Jackman's performance in particular came in for specific fanfare. Brothers in Arms: Hugh Jackman and Russell Crowe Light Up The Red Carpet In Sydney, Australia

Speaking to The Australian, Jackman admitted that musicals aren't for everyone, "When it doesn't work, it stinks to high heaven, musical theatre. It can be very phoney. If it's not done well, it doesn't affect you in any way. I think musicals are the Mount Everest of moviemaking - I don't think there's anything more difficult to pull off."

The actor and co-star Russell Crowe thrilled hundreds of fans at Sydney's State Theatre. "This is actually our last stop on the promotional tour and it makes it all the more special that the last stop is here; home," said Jackman, who was born in the city. Crowe - who is currently shooting Darren Aronofsky's Noah - said his strong relationship with Jackman brought a "respect and understanding" on set. "I saw Hugh lead a very complex group of actors through their paces, put an example before them everyday. No matter how intense things got for me I just looked over and looked at his level of responsibility and just went 'what am I complaining about'." Crowe and Jackman were joined on the red carpet by News Corp boss Rupert Murdoch and his wife Wendy, the film's director Tom Hooper and the actress Kate Richie. Other stars of the movie, including Anne Hathaway and Amanda Seyfried, did not make it to Australia for the premiere. Pretty In Pink: Kate Richie Turned Out For The Les Miserables Premiere

The film hits cinemas in the U.S. on Christmas Day, in Australia on Boxing Day and in the UK on January 11, 2013. 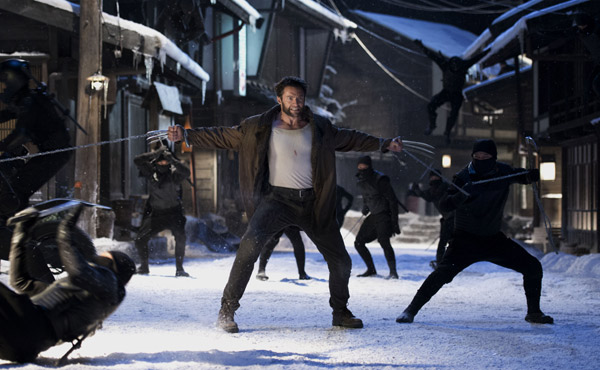