Hugh Jackman's New Blockbuster Pan Has Failed To Work Its Magic Over U.s. Moviegoers After Debuting With A Disappointing $15.5 Million (£9.7 Million). 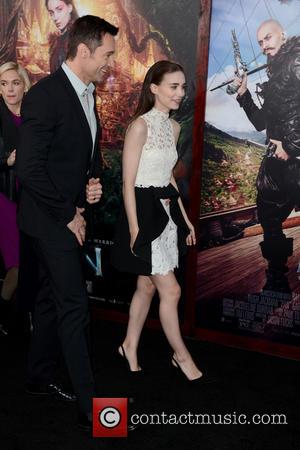 Joe Wright's fantasy film, starring Jackman as pirate villain Captain Blackbeard, cost $150 million (£93.8 million) to make, but it struggled at the U.S. box office after receiving dismal reviews, and only managed to place third in its opening weekend (09-11Oct15).

Ridley Scott's The Martian easily earns a second week at number one with a strong $37 million (£23.1 million) take, ahead of animated family film Hotel Transylvania 2, which rakes in $20.3 million (£12.7 million) in its third weekend on release.

Meanwhile, director Danny Boyle's new Steve Jobs biopic looks set to make a splash at the box office after grossing $521,000 (£400,769) from its limited release in just four theatres. The figure makes for a venue average of $130,236 (£81,398), the best of the year (15) so far. Only three other films have made more opening in just four cinemas - The Grand Budapest Hotel, American Sniper, and Moonrise Kingdom, respectively.

Steve Jobs, starring Michael Fassbender as the late Apple co-founder, opens across the U.S. on 23 October (15).