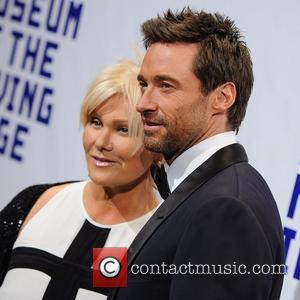 Les Miserables was always going to be a tricky film to handle. Adored by so many in its musical format, to translate it to the screen represented a huge task for director Tom Hooper. But, given the fantastic critical response, and with three Golden Globe nominations under its belt, it looks as if he pulled it off.

"I'm just pleased for the whole team who made Les Miserables," said Hooper on the phone to the BBC, all the way from Los Angeles. "Making a musical is an intensively collaborative type of film-making, because it requires such an army of people. An army who aren't there on a conventional movie. The singing teachers who helped the cast, though to the on set pianists who played in the live duets with the singers."

Given the all-star cast in Les Mis, there were always going to be some disappointing phone calls today - the day the nominations were announced. One smiling face, though, would have been that of Hugh Jackman, who plays Jean Valjean. "I'm so proud. Hugh Jackman carries this film, from the start to the end, on his shoulders - at times like Jean Valjean, the hero he plays," explained Hooper.

"What I think is exciting people when they see it, is that when Hugh acts through singing, he's got some kind of access to an emotional part of himself that they have never seen on screen before. Maybe it's a physical thing. You have to engage your whole body to sing."