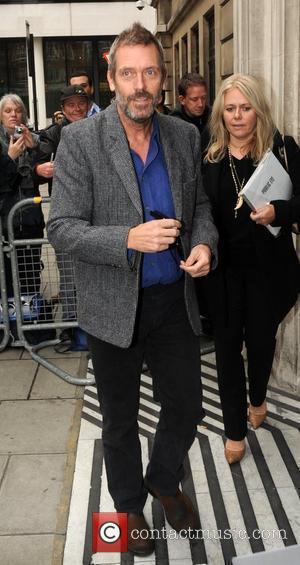 It has been announced today that House - the long-running show that made a star out of Hugh Laurie in the States - will be ending after eight seasons on air. Laurie has won two Golden Globes for his performance as the acerbic Dr. Gregory House in the show and has been nominated for several Emmy Awards. The Screen Actors Guild also decided to honor him in 2009. Laurie released a joint statement with the show's executive producers saying "After much deliberation, the producers of House M.D. have decided that this season of the show, the 8th, should be the last." Jokingly, they added "By April this year they will have completed 177 episodes, which is about 175 more than anyone expected back in 2004."
The decision does not appear to have been an easy one as the show's popularity has shown few signs of waning since it began, maintaining an average of 9.8 million viewers in the current season. The Daily Mail have quoted the president of entertainment on the Fox network, who air the show, released a separate statement, expressing their regret at the ending of the show, saying "While it's with much regret, and a lump in our throats, we respect the decision Hugh, David and Katie have made."
Later this year, Hugh Laurie is also set to appear in the war drama Mister Pip, along with Kerry Fox and Eka Darville. Prior to finding fame Stateside, he was best known as one half of the comic duo, Fry and Laurie, with STEPHEN FRY.