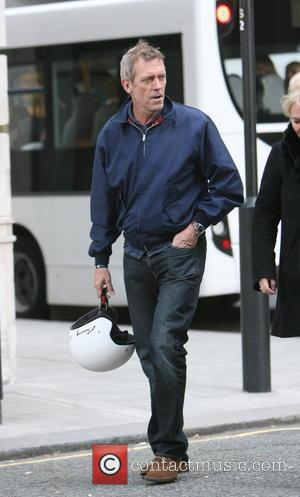 There’s nothing more galling than listening to a TV actor complaining about their £250,000 per episode job, is there? Perhaps someone might like to tell Hugh Laurie that, because that’s exactly what he’s been doing, in an interview with Radio Times (reported by Daily Mail). Now, we’ve all had days where we’d rather not get up for work, or fantasized about some event or other cropping up that would prevent us from getting ourselves to work. However, if we were earning a quarter of a million pounds per episode, we reckon we’d probably do our best to be pretty chipper about the whole thing.

Laurie told Radio Times, however, that he simply couldn’t cope with all the pressure of fame that his successful, £250,000 per episode job brought him and had to go through the tiring process of getting hi car windows blacked out just to retain a degree of privacy. Now don’t get us wrong, we appreciate that constant attention and harassment must be wearing, but perhaps telling the national magazines all about your woes isn’t the best outlet for your struggles. He must be able to afford a therapist, surely?

“I had some pretty bleak times, dark days when it seemed like there was no escape. And having a very Presbyterian work ethic, I was determined never to be late, not to miss a single day's filming. You wouldn't catch me phoning in to say, 'I think I may be coming down with the flu,” he reportedly told Radio Times. Our hearts weep, Hugh. Hugh Laurie - it's tough being Hugh