Actor Hugh Laurie Pulled His Punches During A Fight Scene With George Clooney On The Set Of Their New Movie Tomorrowland As He Was Terrified Of Injuring The Most Handsome Man On The Planet. 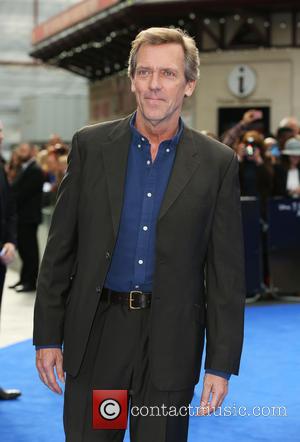 Picture: Hugh Laurie - 'A host of stars were snapped as they arrived for the European premiere of 'Tomorrowland: A World Beyond' which was held at...

The British star appears alongside the Ocean's Eleven actor in the futuristic adventure movie, and they got up close and personal for an intense fight scene.

However, former House star Laurie was scared he would damage Clooney's famous features because his realistic punches got too close to making contact with the Hollywood hunk's face.

Laurie tells U.K. talk show host Graham Norton, "We trained and got very physical on judo mats. I had to throw a punch at George and I was wearing this huge ring that missed him by a skin cell. I could have damaged the most handsome man on the planet."