Hulk Hogan's daughter Brooke has penned a touching poem in support of the wrestler and insists he isn't racist. 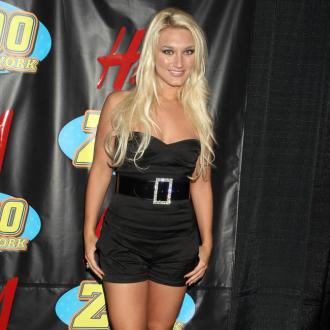 Hulk Hogan's daughter insists he isn't racist and would ''never want to hurt'' any of his fans.

Brooke Hogan has penned a touching poem, titled 'If You Knew My Father,' in support of the legendary wrestler and shared it with fans via her Facebook page on Friday (24.07.15) shortly after he was ''terminated'' from WWE for derogatory comments he made while privately discussing her love life in a sex tape filmed without his consent eight years ago.

Alongside a black and white collage of her with the Hulkster, whose real name is Terry Bollea, the 27-year-old reality TV star wrote: ''If you knew the dad I knew, you'd know his tender heart. He'd never want to hurt his fans, or family from the start. If you knew my father, you would know how hard he fought... and the way it brought a smile to people light, medium and dark. We always fight a battle that people never see, and sometimes when you're hurting, you don't think logically. Human isn't perfect, and perfect is not he, but I can tell you one thing, it's just not what it seems.''

The blonde beauty also urged her fans to forgive the 61-year-old star.

She added: ''If you knew my father, if you just walked in his shoes... then you would know that microscope that comes with yellow boots. If you knew my father, you would see your own in mine. And if he was your father, you could never find divide. Cause me - I bet your father or someone that you love, Maybe regrets something they wish they'd never done.

''This life can be so rough... So if you know my father, please try not to be tough. My father has a daughter, and I have feelings too. And if I knew your father, I would do the same for you.''

WWE removed all mentions of Hulk Hogan from its website, pulled him from series 'Tough Enough' and stopped selling his merchandise after a transcript of audio from the tape showed Hulk repeatedly used the 'N-word' while talking about Brooke's dating life.