The former WWE wrestler has appeared on the US morning show to apologise for the racist remarks he was caught on tape making.

Hulk Hogan has appeared on ‘Good Morning America’ to apologise and ask for forgiveness after he was caught on tape using racist language in an audio recording which was leaked last month. The former wrestler has denied being a racist but said that it would be "fair" to say he inherited a racial bias from his upbringing in Tampa. 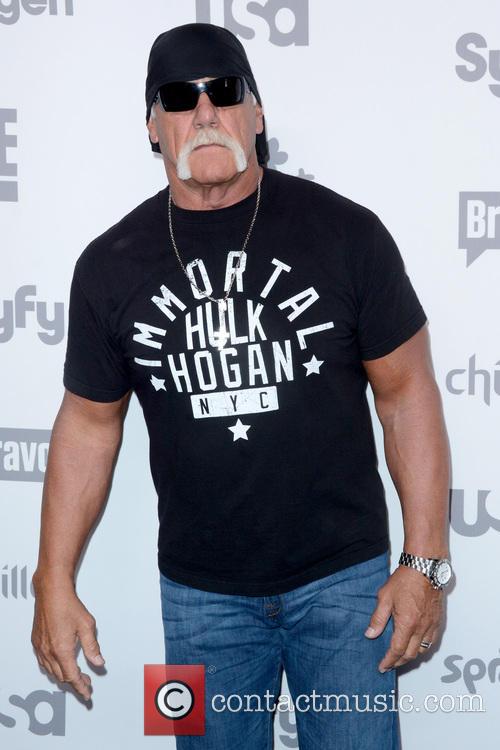 Hulk Hogan has asked for forgiveness on ‘Good Morning America’.

Speaking about the time in which the recording was made (which is thought to be around 2006-2007) Hogan said, "I was at the lowest point of my life, to the point where I wanted to kill myself.”

Hogan then added that growing up in his neighbourhood in Tampa racists terms were frequently used. "People need to realise that you inherit things from your environment. And where I grew up was south Tampa, Port Tampa, and it was a really rough neighborhood, very low income. And all my friends, we greeted each other saying that word,” the wrestler added.

In the tape Hogan was heard using racial slurs while talking about the then boyfriend of his daughter Brooke. After the tape was leaked Brooke publicly came out in support of her father, penning a poem to ask the public to forgive him. The 62 year old praised his daughter for standing by him during the scandal, saying that if anybody should have disowned him it should have been her.

More: Hulk Hogan And WWE Are No More

The tape caused Hogan to be let go from his contract with the WWE and effectively removed from the company’s history. "I've worked for the WWE for almost 30 years off and on...and then all of a sudden, everything I've done my whole career and my whole life was like it never happened," Hogan said.

“Just because a person makes a mistake, just don’t throw them away. You don’t throw good people away,” the former wrestler added. “People get better every day.”