Hulk Hogan will be returning to a World Wrestling Entertainment ring very soon and the 60 year-old cannot wait. "Words cannot express how excited I am to be back in the WWE family." 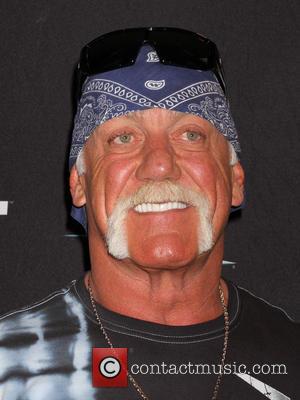 WWE will see the return to one of the biggest wrestling stars ever, Hulk Hogan, on Monday (Feb 24th).

The 60 year-old, real name Terry Bollea, will return to WWE's addition of Monday Night Raw for the first time in six years.

The purpose of the return of the Hulkster is to be the official host of the 30th anniversary of WrestleMaina in New Orleans this coming April, TMZ reports.

Hulk wrestled in the very first WrestleMania in 1985.

"Words cannot express how excited I am to be back in the WWE family," Hogan said in a statement. "I only have one question for the WWE Universe: whatcha gonna do when Hulkamania runs wild as the host of 'WrestleMania 30'?"

WWE's chairman & CEO Vince McMahon added, "It's fitting to have him help us celebrate 30 years of WrestleMania and usher in a new era with the launch of WWE Network."

After many years of wrestling all over the world, Hogan's body is worn out and after multiple back surgery's the returning star isn't expected to have an in-ring role at the premier event.

"Well I guess it's that time again, I hope they are ready, this is gonna be the best run ever, it's great to finally be home,WWE4LIFE.ThankuHH," he tweeted once the news surfaced.

"I am so grateful for the outpouring of love from everyone, thank you and it has to be the greatest day of my life to know I'm coming home to WWE where it all started, I am so grateful, only love. HH," he later posted.

Hogan's return coincides with WWE's launch of their new streaming network, which will be made available the same day he appears on RAW.

The Florida native is a WWE 6-time champion and was inducted into their Hall of Fame in 2006. Hulk Hogan will return to WWE to host WrestleMania