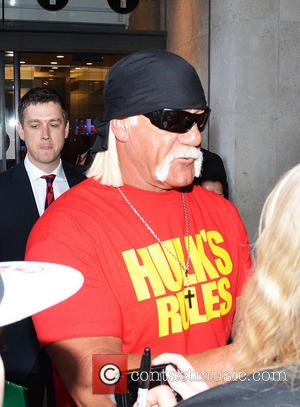 Hulk Hogan's ex-wife Linda Bollea has been hit with a lawsuit by her former fiance, who is seeking over $1 million (Gbp588,000) for menial labour he alleges he carried out for her.

The reality Tv star, 54, separated from the wrestling icon in 2007, and shortly after, she began dating then 19-year-old toyboy Charlie Hill.

The pair split in 2012, and on Thursday (31Jul14), Hill filed a lawsuit against his former lover, claiming she forced him to perform a number of laborious tasks throughout their relationship, and is seeking $1.5 million (£888,312) in compensation.

According to legal documents obtained by Tmz.com, Hill states Bollea made him wax her yacht, dig a creek, fertilise acres of avocado trees, pull reeds from a lake and perform additional construction and landscaping tasks around Bollea's Simi Valley, California mansion, where he also lived.

Following their split, Bollea and Hill reportedly reached a settlement, wherein he received $9,000 (£5,330), and was able to keep the engagement ring he gave her, as well as a truck and dirt bike she purchased for him.

In addition, he signed a confidentiality agreement, but Bollea claims he violated the terms of that deal after agreeing to an interview with the media.