Hulk Hogan would love a role in the next 'Expendables' movie and is sure it would be a ''lot of fun'' working with his friend Sylvester Stallone again. 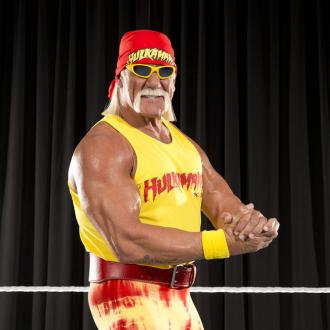 Hulk Hogan wants a role in 'The Expendables 4'.

Rumours have been rife that the WWE legend is being lined-up by creator Sylvester Stallone for a part in the next instalment in the action franchise - which also stars Jason Statham and Dolph Lundgren.

Hulk is yet to hear anything directly from his friend - whom he starred with in 'Rocky III' - but he is definitely interested in starring in the mercenary movie.

He told BANG Showbiz: ''I've heard that I'm going to be in every 'Expendables' film, from the first one up until now. Stallone makes all the decisions and it's up to him but it would be great to be in 'The Expendables', that would be a lot of fun, especially working with Stallone.''

One film the former multi-time world champion will definitely be appearing in is the new WWE Scooby-Doo movie.

WWE Studios and Warner Bros. have decided to team up again for an animated crossover following the success of this year's 'Scooby-Doo! WrestleMania Mystery' and Hulk will be one of the main characters.

He revealed: ''From what I've heard I am the star of the new Scooby-Doo movie, so I'm very excited.''

The 61-year-old legend has appeared in several films during his career, including 'Suburban Commando' and 'Mr. Nanny', but he says he's more interested in now than he used to be because he's no longer as full-time competitor.

Hulk and the other WWE Superstars are starting to get ready for 'WrestleMania XXXI', which takes place at Levi's Stadium in San Francisco Bay on Sunday, March 29, 2015

The iconic star has revealed the atmosphere gets a lot more intense as the showpiece event approaches.

Hulk - who has headlined the show on eight occasions - said: ''Look, everybody turns the dial up, it gets more intense the closer we get to 'WrestleMania', it's no different to the old days as far as that aspect goes. The whole world is going to be watching and 'WrestleMania' can change the whole match of their whole career, a good match at 'WrestleMania' can put them at the top of the food chain. So everybody is at the very top of their game.''

Tickets for 'WrestleMania XXXI' are on sale at Ticketmaster.com now.