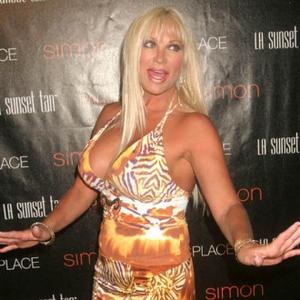 Hulk Hogan's ex-wife is to take part in 'Relationship Rehab'.

LINDA BOLLEA - whose divorce from the wrestling legend was finalised in 2009 - and her toy boy fiance Charlie Hill have agreed to appear on the VH1 show in a bid to save their romance.

According to TMZ.com, Linda, 52, and 23-year-old Charlie - who got engaged in 2009 - have already begun shooting and are hoping it will iron out any problems in their relationship.

Last month, it was revealed Hulk had paid Linda $7.44 million in the couple's 2009 divorce.

The former WWE star - real name Terry Bollea - agreed to give Linda over 70 per cent of the $10.41 million that was held in bank and investment accounts, including a $3 million property settlement and he signed over 40 per cent ownership in his various companies as part of their financial agreement.

Linda also received a Mercedes-Benz, a Cadillac Escalade, a Corvette, a Rolls-Royce and various off-road vehicles but TNA star Hulk keeps the rest of his considerable car collection.

However, as a result he will not have to make alimony payments to his former spouse.

The couple - who have two children together, Brooke, 23, and 21-year-old Nick - are still in the process of selling their shared property including a mansion that's listed at $8.87 million.