Mr. T inducted into the WWE Hall of Fame

'The A-Team' star Mr. T was inducted into the WWE Hall of Fame in New Orleans last night (05.04.14) and used his acceptance speech to pay an emotional tribute to his mother. 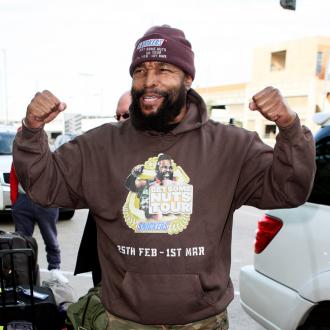 The former 'A-Team' star - who became involved in wrestling in 1985 when he was Hulk Hogan's tag-team partner at the first ever WrestleMania event - was honoured alongside wrestling greats at the ceremony in New Orleans.

He was inducted by iconic WWE announcer Mean Gene Okerlund and used his acceptance speech to pay a heartfelt tribute to his mother.

Taking to the stage at the Smoothie King Center in New Orleans, Mr. T described is as an ''honour'' not only to be entered into the Hall of Fame, but to praise his mum for all she did for him.

He said: ''Tonight, as you honour me along with the other Hall of Famers, please allow me to honour and pay tribute to my dear mother, who I love so very much.''

He added: ''Now, my story and background is not that unique. My upbringing is not so different from many others. But who knows?

''That's why I want to talk about my mother. I thank god for my mother - because I have seven brothers and four sisters, and my mother raised all of us by herself.''