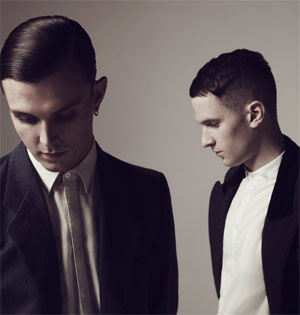 Hurts have announced the tracklisting for their second album 'Exile', released on 11th March through Major Label. Their new single 'Miracle' will precede the album release on 10th March.

The band recently unveiled a teaser video for 'Exile', which has now received over half a million views and showed a succinct yet profound insight into the bands new album, and can be seen on youtube. The video features an excerpt of a new track called 'The Road', taken from the new album 'Exile'.

'Miracle' received it's first worldwide radio play on Huw Stephens show when he covered the Radio 1 breakfast show on Friday 4th January 2013 calling Hurts "one of the most stunning bands around". Zane Lowe also played the track on his Radio 1 show last week and said "We like this, this is called 'Miracle'. Quality songwriting, brilliant production, really confident".

Full tracklisting for 'Exile' is as follows -

'Exile', the bands follow-up to their 2010 debut 'Happiness', can now be pre-ordered from iTunes, Amazon, Play and HMV.com, with 'The Road' available as an instant free track for any orders through iTunes.

'Happiness' entered the UK album charts at #4 with over 25,000 sales making Hurts the fastest selling new band of 2010 in the UK. They have now reached over 2,000,000 sales worldwide earning 14 top 10 iTunes positions including #1s in Germany, Switzerland, Austria, Finland and Luxembourg. It was officially certified Gold in the UK and Austria, and 2 x Platinum in Germany and Finland, and Platinum in Poland, Switzerland, and Russia, with the band selling over 250,000 tickets on tour.

Full tour dates are as follows: 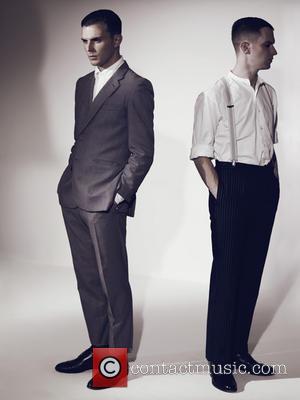