Ian McKellen CHARLES DICKENS Lord Of The Rings The Deal 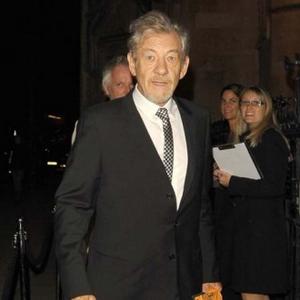 The 'Lord Of The Rings' actor is a regular at historic east London drinking establishment The Grapes - which helped inspire 19th century English author CHARLES DICKENS - and is in the process of purchasing it.

While he will be the owner, 72-year-old Ian - who lives close to the pub - will employ a manager to run it once The Deal is finalised.

Seller Barbara Haigh - who has run the pub for the past 17 years - said: "Sir Ian is buying the pub with his own interests at heart, especially living close by."

The pub was immortalised by Dickens - who was made to stand on the table and sing to customers - as 'The Six Jolly Fellowship Porters' pub in 'Our Mutual Friend' in 1864.

While Ian is a hugely successful actor and is set to be a landlord, last year he revealed he was mistaken for a beggar by a passer-by.

The veteran actor was amazed to be given money after he stepped outside a theatre in Melbourne, Australia, where he was taking a break from rehearsing his role of Estragon in 'Waiting for Godot'.

He revealed: "During the dress rehearsal of 'Godot', I crouched by the stage door of the Comedy Theatre, getting some air, my bowler hat at my feet and seeing an unkempt old man down on his luck, a passer-by said, 'Need some help, brother?' and put a dollar in my hat. I hope the Melbourne audiences will be as generous."