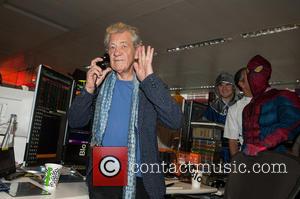 The Lord of the Rings star turned out to helm the gay rights organisation's 10th and final prizegiving ceremony, honouring stars who have helped the lesbian, gay, bisexual and transgender (LGBT) community over the last decade.

During the show, openly gay rocker Dan Gillespie Sells, who fronts The Feeling, was named Entertainer of the Decade, and U.K. soap opera Hollyoaks won Broadcast of the Decade for its dedication to storylines featuring gay characters.

"We have come so far for lesbian, gay, bi and trans equality - but we still have so much left to do," says Stonewall's Chief Executive Ruth Hunt. "This year marks the final year for the Stonewall Awards but watch this space for something new next year, which will reflect all our communities and brings people from across those communities together."